A Prisoner of her Own Country

A month ago, my parents decided to renovate our house. After two days of picking out tiles and deciding on appropriate paint shades and combinations, the house was ready for a makeover. When the masons spread out, knocking out old floors and denting ceramic fittings, my family and I were marooned in the confines of one room. We had the stove shifted into this one room which had an adjoining bathroom. Within the confines of this space, for about ten days, we cooked, we ate, we worked and we slept. We had our laptops and phones, sometimes fighting vociferously for the luxury of one plug point, sometimes surreptitiously switching off another's connection and replacing it with your own. We joked about, surmising with irrelevant conjecture presupposed with no experience, that we were living like refugees.
A couple of time zones behind mine, living in a makeshift house, Safira listens to stories that her mother tells her, from another day, another time, another era, about an ancestral house she will never know, never see nor possibly ever get back as her own. A house whose whispered past she will only hear of, a house that was once rightfully her family’s, but has been rudely snatched from them without any justification. Even as her mother takes her down the lane of nostalgia and a lost hope, even as Safira realises how long gone the ambition of her own land is, more houses in her country are being destroyed. Being a refugee, a prisoner in her own country, is in her blood. Being in a world where her country bears the wrath of a political decision by a colonial empire, even as generations to come seem to be born with the indelible mark of a refugee driven out of their own land is a reality so intricately woven in the fabric of her life. And that is the stark reality in the lives of people like Safira. The people in Palestine.
And that’s just not where the differences between Safira’s life and mine stops.
Safira is obligated to do the right thing all the time. She cannot afford to slip up, she cannot afford to do anything that would let her family suffer shame. She cannot do anything that might bring her family disgrace or anything that might make her family lose their honour. And if she so much as does, even if by mistake, even if such conduct is nothing shameful whatsoever- she can be killed by her own family. That sword doesn’t hang on my head, or on most of my counterparts in this part of the world.
The Israel-Palestine conflict is perhaps one of the biggest ongoing inter-state conflicts in the World. The conflict itself has two basic issues. One- the status of the refugees who are now within Israel’s fold is a bone of contention. Two- Israel is in continued occupation of privately owned land in the West Bank and the Gaza strip. In keeping with the 1993 Oslo Peace Accords, these territories were supposed to finally culminate in a Palestinian state. However, after several years of Israel’s continuing confiscation of the land and steadily worsening conditions, the Palestinian population rebelled in an uprising, called the "Intifada", meaning “shaking off” in Arabic, at the end of September 2000. There have been plenty of bombings and blockades from Israel's end, targeting Palestine.
A woman’s every move is monitored with intricate detail by her family. Her virginity is an asset, a responsibility, a sacredly guarded jewel for her family. A woman’s whole life is at the mercy of men: her father, her brothers, her husband and her sons. If a woman’s chastity is in question, she is walking a tightrope, she lives a life on tenterhooks of an oncoming fate that no one can save her from. Her family feels the shame if their girl’s virginity is lost. It does not matter that she could have been raped, it does not matter if the very allegation is just that= baseless and unsubstantiated. Her shame is a plague, a plague that would spread untrammelled to be a pockmark on the lives of all the girls in her family. Arranged marriages cannot happen. So what happens to this woman? She is silenced.
All in the name of honour.
In April, 2010, a woman in her thirties was shot to death in the Northern Gaza Strip, and her father, and a couple of other men were responsible for the crime. In 2009, a girl in a village in Palestine was smothered to death by her own brother. In 2008, two Palestinian girls were killed when the rockets that were intended for Israel failed to reach their actual target. In 2005, a father killed two of his daughters, and grievously injured his third daughter all because they were allegedly involved in sexual affairs. In 2005, a survey revealed that over 60% of Palestinian women in the Gaza Strip and Palestinian Authority were psychologically abused by their husbands, 23 percent had been beaten, and 11 percent experienced some form of sexual violence. A 1999 UNICEF report showed that two-thirds of all murders in the Palestinian Authority and Gaza were honour killings. 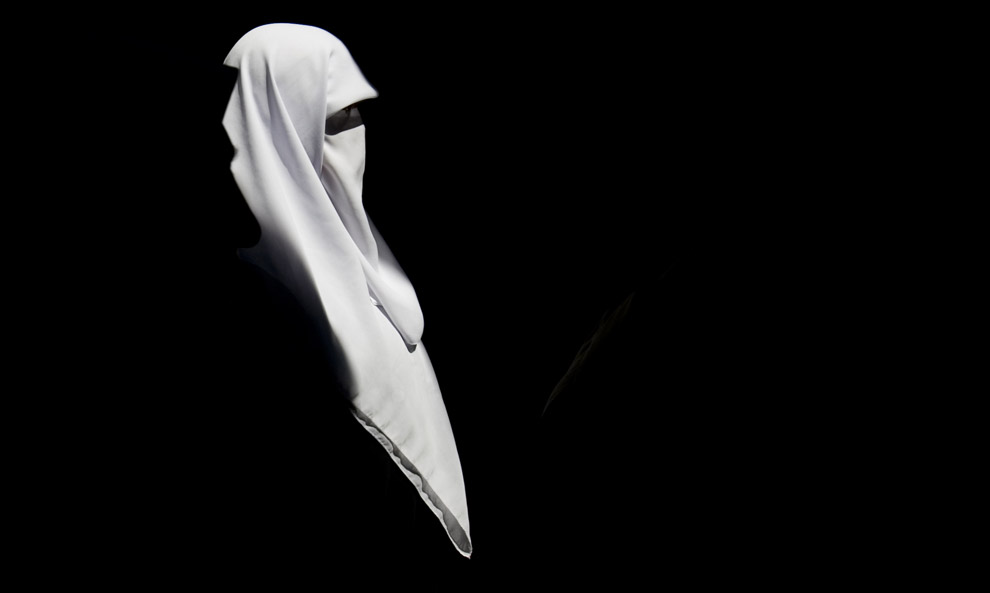 Shockingly, all this is acceptable under the ambit of Palestine’s Laws. A man who admits to murdering a female relative for reasons of honor can be sentenced to as little as six months in jail, according to a policy in Palestine that still has legitimate force. This in turn is based on an old Jordanian law, which still holds in the West Bank. Article 341 of the Jordanian Penal Code considers murder a legitimate act of defence when the killer acts 'in defence of his life or his honour.'
The most appalling aspect is that Islam is inaccurately cited as a basis, a justification for these crimes. There is an instance where a Palestinian boy admitted to reciting the Qur'an while strangling his sister for bringing in disrepute to her family. The girl was killed because her desire for independence became public knowledge. The Qur’an does not so much as mention any room for honour killings. There are instances in the Palestinian communities of the West Bank, Gaza Strip, Israel, and Jordan, where women are executed in their own homes. Sometimes, it is not as covert. Women are killed in open fields and even in public, where sometimes the offence is committed before crowds of cheering onlookers.
So why is the recognition of Palestine as a state relevant to Women’s Rights?
At the international level, there is a convention that deems the Discrimination against women, and all other forms of unacceptable activity that target women, as unacceptable- The Convention on the Elimination of Discrimination Against Women. Owing to the fact that only states can be subjected to the iron fist of an international legal instrument, and that only a state can be bridled under the rubric of international law, it is necessary that Palestine be offered recognition in the international community as being a state, so that impunity and crimes against women can be given international attention.
However, in 2011, when the UN review of Israel’s compliance with the Convention took place, the opportunity was virtually squandered away, as the victims of abuse and honour killings were barely spoken for. A lot of focus is on the political issue that Israel and Palestine have between them. But for the most part, the world doesn’t seem to realize that no matter how “high” the conflict may be in terms of the levels of debate, it is still the people at the very grass-root that suffer. The very ignorance of Palestine as a state thus far by the United Nations has allowed for the festering of a culture of impunity for women and girls that could have possibly been nipped in the bud should Palestine have been recognized as a state, and should the world have taken notice of the situation that women and girls face. A legal instrument authorizes Honour Killings. It is not a simple matter at all. The deliberate non-recognition has allowed the emanation of a culture of impunity that thrives under the blanket of a deprived status. Mahmoud Abbas, President of the Palestinian Authority, promised to change the discriminatory law, but no action has been taken.
Recognizing Palestine would not just serve the purpose of political goodwill, or international peace and regional order, but would also pave the way for the dispelling of a culture of impunity. Human rights violations are not new to the world, and although it is certainly acceptable that there is no complete reduction or abolition of human rights violations merely because a state is a signatory to a treaty that mandates its abolition, there is every possibility that the sheer number of such instances can be brought down. If the principle of mitigation of harm is anything to go by, it is essential to pull every stop possible to ensure that at least some effort is made to keep the impunity in check.
By Kirthi Jayakumar
Posted by Anonymous at 17:19