On June 8, 2000, 24-year-old Jaswinder (Jassi) Sidhu was riding through the streets of Punjab, India with her husband, Mithu. They were relative newlyweds having been married only a year before. Jassi and Mithu met in 1995 when Jassi visited India with her family. They secretly married in March 1999 when her family returned to India, knowing that her family would not approve of the match because she came from a wealthy family and he was a poor rickshaw driver.

That fateful night in June 2000, they were ambushed by a group of men wielding swords and sharpened field hockey sticks. Mithu was seriously injured in the attack and left for dead. He was found on the day of the attack and taken to hospital. Jassi’s body was discovered floating in a water-filled irrigation ditch the next day; her throat had been slashed.
Police in India revealed that Jassi’s murder was a contract killing arranged and ordered by her mother and uncle (her mother’s brother) as a so-called “honour killing”. Soon after, eleven men were arrested for Jassi’s murder in India and warrants were issued by Indian police for Jassi’s mother and uncle who were living in Canada. However, Indian police did not have jurisdiction in Canada and Canadian authorities refused to extradite Jassi’s mother and uncle to India so that they could be arrested and tried for her murder.

The Royal Canadian Mounted Police (RCMP) originally stated that, though Jassi was a Canadian citizen, they had no jurisdiction over her case since the murder occurred in India. However, once allegations surfaced that the murder was conspired in Canada, things changed. Canadian law states that a murder that is plotted on Canadian soil and perpetrated elsewhere lies in Canadian jurisdiction. Even so, Jassi’s mother and uncle had not been extradited to India or arrested in Canada for Jassi’s murder.

Shock waves emanated from Jassi’s murder in India all the way to her home country half a world away; it rocked the nation to its core. Jassi was a Canadian citizen, born and raised, who had done nothing wrong in the eyes of the people who knew her or the country that bore her. There was utter shock and absolute disbelief that the roots of such a crime, so-called “honour killings”, could have been perpetrated against a Canadian citizen, planned on Canadian soil, and arranged by those who should have protected her.


Eleven Years Later...
By 2005, seven of the men arrested for Jassi’s murder and the attempted murder of Mithu had been convicted for several crimes including murder, attempted murder, and conspiracy to commit murder. Though it has been alleged that Jassi’s uncle was in contact with the man who arranged Jassi’s killing in India, it has been established that Jassi’s mother was the one who gave the order to kill her daughter on the day that Jassi was murdered.

The Indian authorities have been working with the RCMP to build a case for the extradition of Jassi’s mother and uncle since 2004. On January 5, 2012, the Supreme Court of British Columbia finally issued arrest warrants under the Extradition Act for Jassi’s mother and uncle; they were arrested the next day. They made their first court appearance a few days later and were last reported as remaining in custody until their next hearing.

Sadly, Jassi’s case is not as unique as we would hope.  “Honour killings” are far too common, even here in Canada. There have been a number of “honour killings” reported in Canada over the past several years. They include:

Aqsa Parvez, 16 – Aqsa was strangled to death in December, 2007 for not wanting to wear a hijab. Her father and brother were sentenced to life in prison in June, 2010. They are not eligible for parole until 2028.


Khatera Sadiqi, 20 – Both Khatera and her fiance were shot in her car in September, 2006 because she got engaged without her father’s permission. Her brother was sentenced to life in prison in May, 2009. 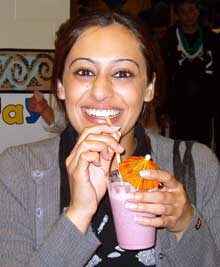 Amandeep Atwal, 17 – Amandeep was stabbed 11 times in July, 2003 for moving to live with her boyfriend. Her father was sentenced to life in prison in March, 2005.

Aysar Abbas was stabbed 23 times in the neck and once in the heart in October, 1999 by her husband who believed she was having an affair with her business associate. Her husband was sentenced to life in prison with no chance for parole for 25 years. He tried to appeal the court’s decision by arguing that he was justified in killing his wife based on Muslim beliefs and “family honour” but the Supreme Court of Canada refused to hear his appeal and the original sentence was upheld in November, 2006. 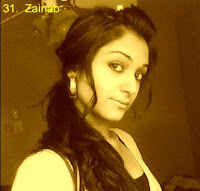 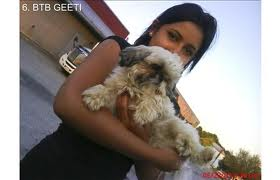 And, as I sit here writing this article, I am watching a news update of a case in Ontario where a couple and their son have been tried for the murder of the couple’s three daughters (Zainab, 19, Sahar, 17, and Geeti, 13) and the husband’s first wife (Rona Amir Mohammad).  Their bodies were found on June 30, 2009 submerged in a canal, inside the family’s car. It is alleged that the Shafia sisters were killed for defying the family’s rules when it came to clothes, dating, and socializing. Rona was infertile and allegedly wanted a divorce. She told immigration authorities that she was a cousin who was helping to raise the family’s children. If her true relationship to the family had been revealed, they could have faced deportation.

The verdict is guilty for all three accused. They have each been convicted of first degree murder and sentenced to life in prison with no chance of parole for 25 years. Only time will tell if Jassi Sidhu will receive the same justice that the other women mentioned have found for the crimes against them. Even so, justice is of little comfort to those who have loved all of these women and insufficient consolation for incomplete lives lost.