Sherri VandenAkker, the maker of the film My Name was Bette: The Life and Death of an Alcoholic, is a powerhouse of strength and courage. Narrating a story that is close to her heart and a significant part of her life, Sherri’s film is an eye-opener on the sordid tale of alcoholism. She spoke with Delta Women recently. The interview follows. For more information about the film, please contact Sherri at thebettefilm@gmail.com. 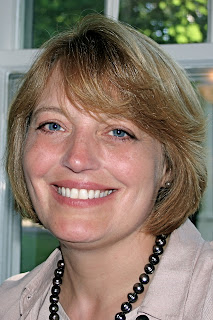 What made you make the film "My name was Bette: The Life and Death of an Alcoholic"?
My mother died tragically of alcoholism in September, 2007, and I wanted to bring meaning to her death. She had been battling alcoholism for many decades, and in the six years before her death, she had gone into a deep depression and largely cut off contact with everyone. Privacy laws in the United States are very strong; when she refused to let anyone come into her home, and hadn’t answered telephone calls, there wasn’t much that anyone could do—she had the legal right to close her door to the world and drink herself literally to death. But when her mail piled up for more than a week and a terrible odor came from her home, the police broke in to check on her and discovered that she had died, many days earlier. Although my mother and I had a difficult relationship due to her drinking, we still loved each other deeply. I respected my mother a great deal also. She had raised me and my sister largely on her own. She had pursued a career as a nurse at a time when few married women, especially mothers, worked outside the home. She divorced when her marriage went bad, and lived on her own terms, even when others criticized her for doing so. And she was very beautiful. I wanted to bring some meaning to her tragic death, and try to prevent others from experiencing her pain and ours at losing her. In addition, when I researched women and alcoholism, to learn even more about the disease that killed her, I was astonished at what I learned. Alcoholism kills women far faster than men, largely due to biological differences between the genders. Women’s smaller overall mass, lower levels of water in the body, higher percentage of toxin-storing fat, and different hormones and enzymes make alcohol far more toxic. The death rate amongst women alcoholics is more than twice that amongst men. I thought these facts needed to be made widely known.

Could you tell us more about your personal experience with working on women's issues?
As I said, simply watching my mother make her own way in the world was an immensely educational and liberating experience for me. Then I attended Mount Holyoke College, the first college founded for women in the United States. At Mount Holyoke, I learned more about the struggles that women have faced, since the dawn of human history, to become educated, to earn and control their own money, to make the most fundamental decisions affecting their lives—like whom to marry, and even to gain legal protection against horrible abuse from husbands and family members. My own experience coupled with the knowledge I gained at Mount Holyoke made me committed to the liberation of women. I wish that there was no need to continue to work on women’s issues, but of course, as we all know, the need is great—not only in the developing world but also in the developed world. Even where women have earned fairly strong rights, they are always on the verge of losing them, as we saw in the recent election campaign in the United States.

You work as a teacher in a course called Exploring Women's Issues through Literature. How did you come by working on that?
I am a Professor at the Springfield College, School of Human Services, Boston campus. The School was founded in the 1970’s and now has 11 campuses across the United States. Its mission includes the promotion of “social and economic justice.” The course “Exploring Women’s Issues through Literature” was developed in response to the school’s social justice mission. I was thrilled to have the opportunity to teach it, because it allowed me to bring together two of my passions: literature and women’s empowerment. It is a thrill to watch students learn about the immense sacrifices their ancestors made to advance women’s rights, and to commit themselves to furthering the cause.

When is a woman empowered?
I wish that I knew the answer to this question!  But let me proffer some ideas.  Ironically, I think that when a woman is empowered, she doesn’t think all that much about being empowered—she lives life on her on terms, unfettered by her gender. She marries if she chooses, when she chooses, whom she chooses. She may leave her spouse if, when, and for whatever reason she chooses. (That’s not to say that empowered women treat others badly; however, they don’t let others treat them badly either.) She pursues whatever career she chooses—including homemaking—even those traditionally held by men. She has the freedom to choose her career, and her employment, on her own terms. She and her spouse have equal control over household finances, and both take responsibility for the welfare of the children. She has just as much right and access to education as a man. Empowerment is a right, but it is also a responsibility.  Being responsible for oneself, and sharing the responsibility for the family, can be difficult—but ultimately, I believe, it is far preferable to living in physical, psychological, and economic bondage. I also believe that true liberation of women will also create true liberation of men; although they enjoy many privileges of patriarchy, their traditional gender roles can also carry heavy burdens.

What holds women back?
I wish that I knew the answer to that question too! I have some suspicions, and some are controversial. Please know that I am speaking from my own experience, and not casting judgments on anyone. I believe that convention is the main limitation—women’s subjugation to men has been a fact for so many centuries that it can be hard to question it. Subjugation of women to men has also by preached by fundamentalists in every religion that I know of. And the economic system has also reinforced it. In the United States, for instance, professions traditionally dominate by women—such as childcare and teaching—require college degrees, yet they pay less than many professions traditionally dominated by men that do not require degrees, such as construction and manufacturing.

What is Unlikely Hero Productions all about? What is the documentary you are making with them, about?

“My Name Was Bette: The Life and Death of an Alcoholic” was co-produced by me and Josh WE Hays, the founder of Kairos Productions. However, we were fortunate to collaborate with Unlikely Hero Productions, a small but talented production company based in Los Angeles that is dedicated to telling stories of ordinary people who make a difference in the world. Unlikely Heroes is now working on a film about the Ugandan people’s recovery from civil war and remarkable efforts to rebuild their nation.

How do you keep yourself inspired in this goal? What have your challenges been, like?

In my goal to spread the word about women and alcoholism, my inspiration comes from the people who view the film and tell me that it has educated and motivated them. So many people have shared their stories of healing from their own or their loved one’s addiction with me. I am so moved by these stories, and have such deep respect for people who are able to confront their pain and recover from it.  I have also learned, from my experience with my mother, to have compassion for those who are not yet ready to enter recovery; they are wounded, and in such deep pain. My inspiration to work for the empowerment of women is similar. Every day I see women—and men--who are heroic. They work so very hard; they sacrifice so very much for their families and communities. It is a privilege to hear their stories.

What is your vision and mission in life?

Right now my mission in life is to promote understanding, compassion, and healing—not only for alcoholics, not only for women, but for everyone who is wounded and hurting.

Women and Alcoholism is seldom spoken. Could you walk us through some of the curveballs this relationship throws to the life of a woman and her family?

Of course there are many similarities in alcoholism for men and for women. But there are many differences too.  As I say above, women alcoholics suffer much greater physical problems from drinking. But they suffer other consequences too. Women’s alcoholism is typically hidden longer than men’s, because women tend to “hide” it for longer. Men are more apt to drink in public, with friends; women are more apt to drink in secret, behind closed doors. In many culture, men are more likely to act “out” when drunk—become engaged in arguments, for instance. Women are more likely to turn inward and become depressed and isolate themselves from others. Therefore, people typically don’t recognize a woman’s alcohol problem as quickly as they recognize a man’s, so interventions that can lead to treatment are often delayed for women. In addition, at least since Victorian times, in many societies, men’s drinking--even problem drinking--has been far more “acceptable” than women’s. Women alcoholics face higher levels of stigma and shame than men, and that can make it particularly difficult for a woman to admit that she has a problem and to seek help for it. Once a woman’s addiction comes to light, she still faces great barriers to treatment. Who will take care of her children while she is in treatment, especially if she is a single parent? Will the state feel that she is “unfit” to raise children and take them away from her? Does she have medical insurance that will pay for treatment? Will her employer give her time off from work to seek treatment? And what will people think? I found it interesting, also, to discover that women are extremely influenced by the drinking of their husbands, but men are not much influenced by the drinking of their wives. That is, women with alcoholic husbands are far more likely to develop an alcohol problem themselves than men with alcoholic wives. And while approximately 9 in 10 women stay with alcoholic men, approximately 9 in 10 men leave alcoholic women.

Your message to DW's readers.

First, thank you so very much for your time and attention in reading this interview. My message is really a wish: may your day be full of joy, peace, and health of every kind, and may you promote the same for others.

As told to Elsie Reed and Kirthi Gita Jayakumar
Posted by Unknown at 08:00