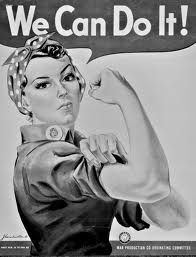 Undeniably, there is often competition between the genders, women and men, in all areas of life. Many men think women are weak creatures that ought to be protected. However, did you know that women are the superior beings? Do not be surprised! In a book called 'Man Down', ABC News legal analyst, Dan Abrams presented the facts relating to the power of women who beat men. Among others:
1. Better rider
According to research by Carnegie Mellon University, riders are men 77% more likely to die in car accidents than women. Traffic study in New York found that 80% of pedestrians injured and killed by male riders. This may be caused by the level of male aggressiveness in driving the vehicle.
2. Winner bets
Playing cards and gambling is an activity many men, especially in countries that provide gambling facilities. However, it turns out the study of 40,000 gamblers have the ability to prove that women are better than men bet so get more profit. This is because women are more spontaneous and aggressive in betting, while men use too many analyzes in the act.
3. Good talker
According to a study, women are more easily remember words, faces, and events. They are easier to build conversations with people and make it comfortable.
4. Reliable financial management
At the moment she is very good in terms of spending money, saving money also looks very easy for them. Last year, the New York Times issued an article about how women make more money than men. Female-headed when it comes to financial matters. They will be more focused on how to save for the future. While men are more risky to spend money on things that are not necessary.
5. Clever detective
Many studies have shown that men gossip just like women. Although she proved unable to keep the secret, they are easier to get information.
That's a few things that women have a much better than men. so we as women should be proud that we are God's creatures are special. and many other things that women have a much better than men.