Caroline Pla, football-mad 11-year-old, kicked out of Catholic youth league simply for being a girl

A traditional Catholic-backed youth football league in Pennsylvania is finding itself in the midst of a maelstrom of public controversy after it barred a female player who had participated in the association’s leagues for five years. The Catholic league’s reasoning? It has always held that tackle football was too dangerous for a girl. 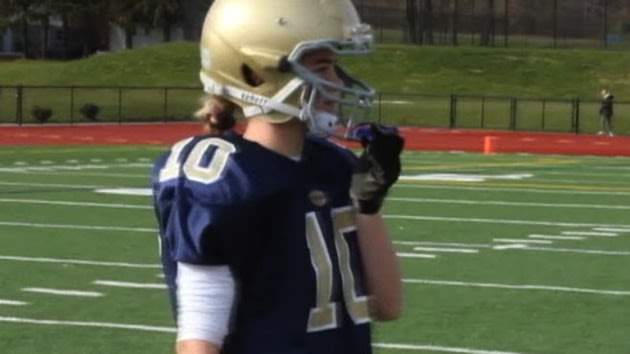 As reported by CNN, ABC News and a handful of other Philadelphia and national outlets, 11-year-old Caroline Pla is a devoted football fan in the Phildaelphia area. She first began playing youth football with the Philadelphia Archiocese Catholic Youth Organization (CYO) as a 5-year-old kindergartner and never looked back.
Then, suddenly the Philadelphia CYO decided to give Pla the boot, enforcing a league rule that mandated only male children, like Pla's 14-year-old brother, participate in tackle football. Pla, who now stands 5-foot-3 and 110 pounds, had been an all-star offensive guard and defensive end while playing tackle football for the prior two seasons.