A sneak peek into the world of Trafficking of Women 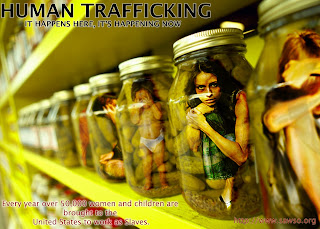 A recent newspaper article talks about a situation challenging women in a few villages of a rather well developed state in India - Madhya Pradesh, where female foeticide has increased. The article not only portrayed the hike in foeticide cases but also highlighted the consequences thereafter. My idea of writing this blog is to bring forth the condition of women in a few underdeveloped areas of India which needs attention and appropriate measures on an urgent basis.

Trafficking of women is being practiced rampantly. Young girls/women and teenagers are sold at cheaper rates as families have no money to feed themselves and their dependents. This seems an easy resort for them to release a burden and have access to money. Women are being exchanged for cattle as well. Since the female population is lesser because of various reasons including foeticide, a simple way out for people by utilizing women as a commodity. Shocking but true, it is a fact that only very few women are being given the respect due to them as wives. This is neither ethical nor moral.

Women do not complain against such crimes. Women are trafficked from other states through agents. The trafficking racket is graver than it seems. Teenagers are either forced to marry because of their family conditions or they are abducted. No one bothers to find out if the women themselves are interested in marrying or otherwise. Their personal and professional desires hold no meaning. They are required to follow the rules of the society and are not allowed to make demands or have expectations. It is sad to see that their wishes have been suppressed under the load of unethical men’s desires. We need to address such issues severely. Female foeticide and trafficking practices need attention.