Republicans are again on the wrong side of history on climate change, like they are on women's rights, minimum wage and Wall Street regulation. 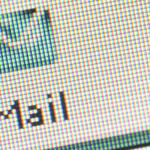 OPINION
How to contribute

Liberals are having a hissy fit that a movie about God, guns and an American hero blows away box-office records. It's a beautiful thing to see.
When the president asked for equal pay for women in the State of the Union address and not a single Republican stood or clapped, it said a lot about the party.


cComments
ADD A COMMENTSEE ALL COMMENTS
3

The national debt was $10.6 trillion when President Obama took office. Today it's $18 trillion, $7.4 trillion higher, averaging $1.24 trillion per year. Yet he crows, "I won." We all lost.
The president's proposal to tax the rich so he can give their money to the middle class sends the wrong message; success is punished so mediocrity can be rewarded.
President Obama deserves praise for wanting to reduce taxes for the middle class and increase taxes for the wealthy. The former will spend more and stimulate the economy; the latter would hardly be affected.
Where is the outrage over the rise in violent crimes in Orange County? It is time for Orlando and Orange County law enforcement to come up with a campaign to increase the safety of our residents and visitors.
SunRail did not operate on Martin Luther King day. It was a federal holiday, but not all businesses were closed. What about service workers? We worked Monday. Stupid decision.
The concept of free speech does not give one the right to yell, "Fire!" in a crowded theater. Hence, a satirical publication should be careful about whose ox it gores.
Please don't take away "Mutts'' from the comics, as a reader suggests. This gentle friendship between a cat and a dog ironically helps us remember and rekindle our own humanity.
It's no surprise that Pope Francis wants to enter the United States by crossing the southern border with Mexico, for he not only identifies with unauthorized immigrants but sympathizes with their cause.
Now that people can afford gas and food because of low gas prices, the Republicans' response is more taxes to jack the price back up so Big Oil and Wall Street can reap big profits.
How ironic. Gov. Rick Scott is on TV talking about mental-health care when he and the Republicans cut the programs to the bare bones. That's why help wasn't available for John Jonchuck.
Urban Meyer leaves Florida for Ohio State and still gets a Gatorade bath.