A Cry From Afghanistan


The extraordinarily high levels of violence taking place within Afghan households, which is documented in this report, indicates an environment in which women are valued less than men and where hurting or even killing women can be acceptable and enjoys impunity. In Afghanistan, as in every other country in the world, the presence of domestic violence is symptomatic of deep-running inequality between men and women and of social institutions and political structures that condone and perpetuate this inequality.


Possible reasons for higher incidences of domestic violence along the border zone include greater levels of armed conflict in this region as well as the influence of the Taliban with its oppressive ideology towards women. Insecurity limits the reach of the central government into these zones, restricting the availability of public services such as schools, hospitals, courts, and police forces, compared to the rest of the country. The availability of support services for victims of domestic violence is even scarcer than in other provinces as both local and international non-governmental organizations find it more difficult and dangerous to work in these areas.


mistreatment by family members :  “according to the findings of surveys on domestic violence conducted with women in 4,700 households in 16 provinces located across Afghanistan in 2006.”


The Story of Aisha:


When she was 12 Aisha was given to her husband as a payment to settle a dispute “a practice in Afghanistan that goes by the fitting name of "baad".


Her husband and her in- laws, she escaped to the only place she could go, back to her family home. It was here that the Taliban arrived one night and demanded that the girl be handed over to face justice. She was taken away to a mountain clearing, where the local Taliban commander issued his verdict. She was then held down by her brother-in-law, while her husband first sliced off her ears and then cut off her nose. Aisha passed out from the pain but soon awoke choking on her blood, abandoned by her torturers and the ad-hoc judiciary of the Taliban.


According to Time, the Taliban commander who awarded the punishment later said that Aisha had to be made an example "lest other girls in the village try to do the same thing". 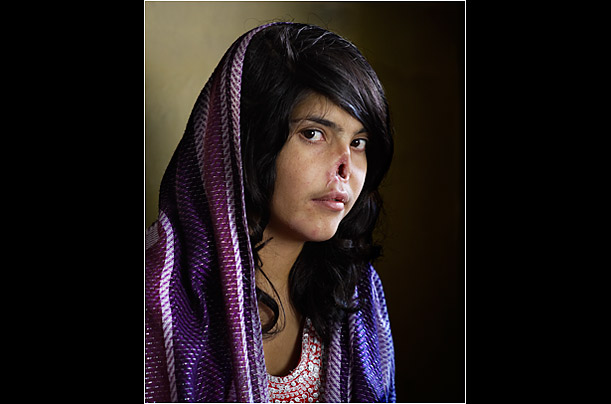 The Happy Ending:
Thanks to an American medical facility in Afghanistan, Aisha was transported to a safe shelter in Kabul and in August she was flown to the U.S. by the Grossman Burn Foundation to stay with a host family.
In December 2010 she had a prosthetic nose fitted at the non-profit humanitarian Grossman Burn Center at West Hills Hospital in California as part of her eight-month rehabilitation.
Dr Peter H Grossman said they hoped to give Aisha a more 'permanent solution'.
This could mean reconstructing her nose and ears using bone, tissue and cartilage from other parts of her body. 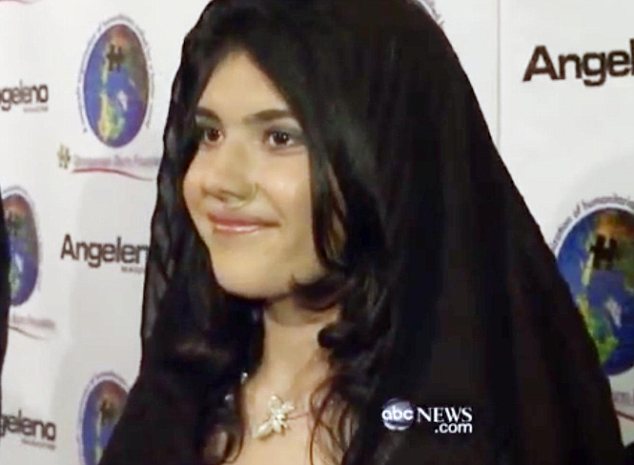