At the end of the class, I can recognize a very shy girl. By teaching for more than five years, I now easily identify girls with Intrapersonal IQs and this girl is definitely one of them. She can write better than any other English classmate of her and she can definitely make up stories to excuse her lateness. I ask her to wait for me outside so that I can talk to her.
"I want to be a math teacher," says the 17-year-old, her printed green scarf falling on to her lap. "I tell my parents, ‘Do whatever you want, but educate me. Let me go to school.’" 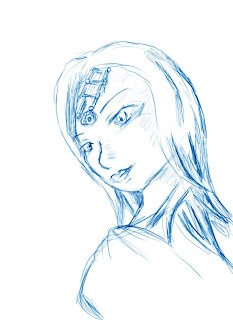 In northern India, where one in two girls is wed before the age of 18, the rate of child marriage is dropping.
Welcome to the front lines of the fight to stop child marriage in a country where nearly half of all girls wed before age 18. The weapon of choice: cash.

Our Daughters, Our Wealth, launched in 1994 by the northern state of Haryana, gives poor families $11 when a daughter is born, and also deposits money into a savings account. If the girl turns 18 unwed, she is eligible to redeem the bond, worth 25,000 rupees (roughly $500, or one third of an average yearly income). The earliest of the program’s approximately 150,000 enrollees turn 18 next year, offering a rare chance to study whether the program offers a solution other states—and countries—can use.

Young brides become young mothers with fatal consequences: pregnancy and childbirth complications top the causes of death among teenage girls, and babies born to mothers younger than 18 face a 60 percent greater risk of dying in their first year than babies born to older mothers. Girls who marry are forced to leave school, a costly loss: World Bank data show that for each year of secondary education, a girl’s future wages climb 10 percent to 20 percent.

The $500 payment is hardly a game-changing sum in India but the program’s designers say the state is sending a message about the worth of girls, traditionally seen as burdens to be fed until they move to their husband’s home, where in-laws benefit from their work.

“Educated people are respected in society,” says 17-year-old Natasha, who is now in the 11th grade and says she wants to study accounting and work in a bank. “It is good to go outside the home and earn something.”

Natasha’s mother is one of many women who never had the chance to study because their families made them wives when they were only girls—an injustice they vow to fight. “I will use the money for her education,” says Natasha’s mother, whose parents arranged her engagement before she had turned 14. “I fought with my parents to stay in school. I don’t want her to have to do the same thing; I want her to have a better life.”
By Elaheh  Zohrevandi
Posted by Unknown at 07:54