Last summer I worked with a few other students from across the nation to form a non-profit that works in conjunction with the California based NGO to build wells in northern Uganda and southern South Sudan. We were on track to put in two new wells in and were funding for the third. Yesterday I received troubling news; that Drop in the Bucket was being evacuated from the region. It appears that Sudan will in fact declare war on South Sudan.

This is devastating news for our project, but more importantly it’s devastating for Sudan and especially the women of Sudan. This means, more than likely, we will have a renewed genocide in the region in the course of a few months and that a politically and economically unstable region of the world will be plunged into even more dire circumstances. That the work of non-profits and first world nations will be swiftly reversed and the region will be further set back. 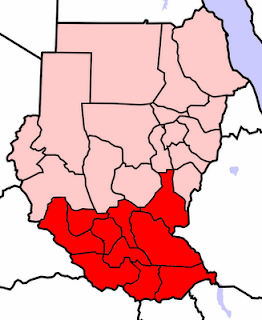 Armed conflicts also have the obvious and unfortunate effect of compounding gender inequality. Women and low-income groups are the first to feel the effects of economic downturns. Losing out on important economic share in the market place further lowers their social status while limiting the groups  job possibilities to mainly lower income jobs that are often more dangerous and degrading. Women are also more likely to be the victims of civilian violence and sexual violence during times of conflict. The protection of women during conflict is, in fact, the focus of more than thirty provisions in the Geneva Conventions and Protocols. However, women are often dealt with according to their relationship to others instead of as individuals and that marginalization of women’s welfare infringes on their rights. Only recently have gender-specific crimes that are committed during conflict been prosecuted at the International Criminal Tribunal for the former Yugoslavia and Rwanda.

I worked on a paper this year that compared the GDP gradient of nations and their cost variable proximity to predict the possibility of interregional conflict. The hypothesis was that the possibility for two nations to go to war would be greater if the difference between their GDPs was high and the cost to migrate from one area to another was low. This model works off the assumption that conflict is economic based, instead of ethnically or culturally fueled. Though, most uprisings or conflicts throughout history do have substantial economic components. In Sudan we have a classic economic conflict over oil resources, after the south took approximately 75% of the oil producing regions when separating from the northern state last year. The difference in revenue that the oil producing region creates is the gradient and the low cost from one country to another makes the possibility for military conquest economically efficient on the surface. However, the true cost of conflict for both regions will most likely far outstrip any amount of potential gain from the annexed lands.

The war in the newly established South Sudan will indubitably set back the country politically, economically, and socially. How great the set back is still in the hands of the global community as we decide our level involvement.

By William Lynch
Posted by Unknown at 08:00