Lal Bibi is a symbol of the resilience and the bravery that eludes most Afghanistan’s women, forcing them to keep from speaking out when violence is meted out to them. Lal Bibi is a rape victim, who has had the gumption to speak out publicly against her tormentors, members of the local militia including those who are members of the American-trained Afghan Local Police.
Lal Bibi was raped because her cousin offended a family that had links to a local militia commander. The commander’s men abducted her, had her chained to a wall and then subjected to repetitive sexual assault and brutal beatings for five days at a stretch.
But Lal’s story does not end there. There is a looming threat of an honour killing. A large number of women in Afghanistan who are victimized like she was, are killed by their own relatives because they are believed to have earned dishonour to their families. Though her relatives were the ones that brought her to the governor with a complaint, they have a painful caveat – that Lal Bibi’s death would be the only way for their family’s honour to be restored. Lal Bibi, though, for her part, believes that she is already a dead person. And should the government fail to bring justice, she wouldn’t hesitate to immolate herself. 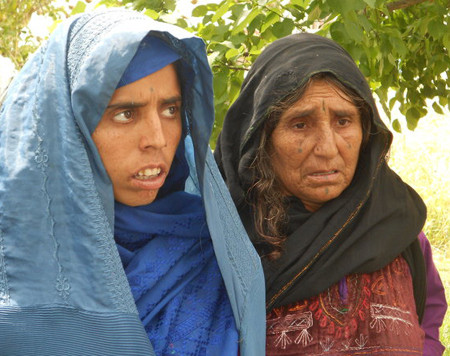 Lal Bibi’s case is not an exposition of a brave woman’s trajectory as she takes on her rapists. It is an exposition of a terribly wrong social attitude and cultural malpractice. A rape victim does not ask to be raped. A woman does not demand to be abducted and abused. She is not the offender, she is the victim. That targeting a woman is the right way to destroy a society is indeed something that the Afghans know, but that preserving a woman’s life is more significant than mercilessly killing her in the name of a family’s honour is basic commonsense eluding them. Honour killings are a reflection of a society that is steeped in an uber-conservative mindset, and deeply entwined an ego-centric misunderstanding, wherein women are construed emblematic of their familial honour, through their behaviour and conduct in the public eye. Any ‘misconduct’ therefore, is a depredation of the family’s honour and pride, and needs to be prevented at any cost. The dishonour can be dispensed with, and honour can be restored only if the “offending” female is tossed off the cliff. How is rape a woman’s misconduct? How is rape a woman’s offense? I don’t even believe in the ridiculous notion that the way a woman dresses determines that she “asks for rape”. Seriously, such unsound logic is the basis of the theory that a woman is the offender if she is raped? Did any of those girls in rural areas “dress” a certain way, or did they ask for rape? Did Lal Bibi? Most certainly, not! The brutality with which a society viciously pins responsibility on a woman for rape she suffers at the hands of a depraved criminal is as bad a sinner as the criminal himself, if not worse.
There is no doubt that a mentality that precedes the perpetration of such an act is a product of misguided and ill-gotten values. Reality is theirs to interpret - it appears, for they seem to liberally take the law into their own hands. The confluence of a politically liberal environment coupled with misinterpretation of religious texts as sanctioning the act by a couple of zealots is an unholy, heady mix. You cannot hope to be politically or religiously liberated if you fail to understand that social liberation goes alongside the both.
The sadder part is how much Lal Bibi, and girls like her are convinced that they shouldn’t live if they are victims of rape. By all means, it isn’t right to take away the fact that they are victims of a brutal crime that they cannot easily recover from, but it doesn’t mean that they are in the wrong. A social mindset that is so ridden with the faulty understanding that a rape victim is a pockmark on familial honour is so horribly wrong, on so many levels. Honour lies in respect, in perseverance, in honesty and in humanitarian conduct. There is absolutely NO honour in killing.