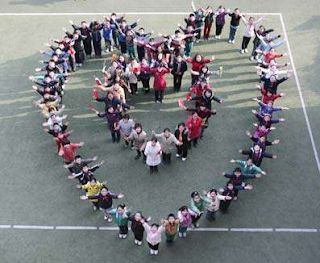 Following closely at the heels of the Delhi gang-rape incident was a horrific video that featured a young boy belting out inhuman jokes raping an unconscious girl – who he terms dead. This girl was 16, and had been gang-raped – the case resulting in the charges of rape and kidnapping against two local star football players. He then goes onto talking about urinating on the girl, comparing her to dead celebrities. The other young men in the basement are laughing at his jokes.
The video is a sordid example of the obfuscation of “macho-bravado” and a sense of “aggressive masculinity” with a proclivity for deviant sexual violence. To those that profess and continue to harbour such a mindset, rape is funny. To those that even show signs of such a tendency, rape is a tool to assert dominance over women.

Relating much of this to the Indian scenario, we as a country don’t seem to have people that are different.

Just proving that right was Asaram Bapu, a person seen as a spiritual guru by many in the country, who claimed that had the Delhi girl called her rapists brothers, and had begged them to leave her alone, while chanting mantras repetitively, she would not have suffered. Abhijit Mukherjee, the Indian President’s son, decided that the women who fought for the cause in the protest rallies in Delhi were painted and dented. Botsa Satyanarayana, the Chief of the Congress in Andhra Pradesh, thought he had sense when he said “Just because India got freedom at midnight, is it necessary for women to move on the streets at midnight?” Mohan Bhagwat of the Rashtriya Swayamsevak Sangh claimed that such incidents don’t happen in Bharat, but in India – ‘the globalized Bharat that is corrupted by the west.’ Kailash Vijayvargiya, of the BJP in Madhya Pradesh, said that women must maintain their maryada (Hindi - which translates to mean morality), or face the consequences.

That said, it is important and relevant that every man know and understand that the utterance of profanities and abusing a woman verbally, or deriding her, or deciding that she is of a certain kind because she dresses a certain way, is ALSO violence. Verbal violence is as disastrous as physical violence, and humanity should understand that – irrespective of the genders. Continuously taking pot-shots at a woman’s appearance without giving credit where it is due, and always, always subjecting a woman to scrutiny for how she dresses, how she looks, how her hair is or how her face is – is also a manifestation of the violent tendencies towards women. And it is violence. Plain and simple. The men that indulge in such crimes are as guilty as the ones that commit rape, because it is their mentality that a woman can be treated at their whim and fancy is the mentality that allows rape culture to prevail. It only asserts a social setting where it is ‘normal’ to abuse and objectify a woman sexually. This is what needs changing if we want to see a world where women are equal.