Why giving men anonymity in rape cases is a bad idea


The chairwoman of the bar council, Maura McGowan QC, has called for anonymity until conviction
for men accused of rape. Women (and victims are overwhelmingly women and children) who report rape are granted anonymity, so why not afford the same protection to those they accuse? 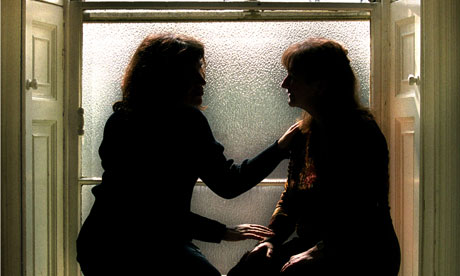 Because it is not the same. Rape remains uniquely stigmatising for the victim – in many countries rape is still treated as a stain on family honour, and some victims are even killed. While the anti-rape movement has improved public attitudes in Britain – and they are being further shaken right now in India and elsewhere – the conviction rate remains shamefully low. Only 6.5% of reported rapes end in a rape conviction.
Although it is now acknowledged that rape is a particularly traumatic form of violence, in court a rape victim's character remains fair game for defence barristers. The victim has no one to defend her from the most intimate questioning; she is merely a witness for an often incompetent and indifferent Crown Prosecution Service (CPS). And while the law is supposed to protect her from irrelevant questioning on her sexual history, "belief in consent" is a permissible defence, and bias among judges is common.
The tragic suicide of Frances Andrade, who was sexually assaulted as a child, followed her aggressive questioning by defence barristers. That the judge found nothing wrong with Andrade's cross-examination illustrates just how brutal rape trials often are, and why so many victims are denied justice. Andrade was told not to seek counselling before the trial. Women have sometimes been warned against any contact with Women Against Rape, the advice and advocacy group I work for.
McGowan is quite wrong, meanwhile, to claim that men accused of rape are a special case because of the stigma they face. Accusations of terrorism, murder, and violence against children are no less grave, and the consequences for anyone unfairly accused no less traumatic. Ask Colin Stagg. If all defendants were given anonymity, open justice would end – and with it, our biggest protection against the abuse of power.
And yet anonymity for men accused of rape is an idea that keeps coming back. It was introduced into law by a Labour government in 1976, and repealed by the Tories in 1988. Police said then, and say now, that anonymity hampers investigations and prevents public appeals for victims of serial rapists to come forward. As McGowan concedes, the child victims of Jimmy Savile demonstrate the benefit of suspects being named – until Savile was named, many of his victims had told no one while others had been punished for speaking out. The same has been true in Rochdale, Carlisle, Reading, Oxford ...
Anonymity for defendants reared its head again when it became Lib Dem party policy in 2006, and in 2010 the coalition government proposed reintroducing it into law. Women were outraged, including women MPs of all parties, and the government had to withdraw.
Their proposal, like McGowan's, and the vicious cross-examination in rape cases, all rely on the diehard myth that women often lie about rape. Home Office research estimates that only around 3% of rape allegations are false, yet the illusion persists that false allegations are widespread, and men the real victims.
In fact, it is extremely hard to report rape, and 85% of victims never do. Those who do report are often dismissed by police and prosecutors. Increasingly, victims tell us they were pressed to retract. Worse: any woman whose rapist is not convicted can be accused of making a false allegation and prosecuted, especially if she has reported rape in the past. Gail Sherwood and Layla Ibrahim were jailed after reporting rape by unknown strangers. Both say they were pressed to retract and prosecuted when they refused. We are campaigning to clear their names.
Two years ago the CPS was publicly shamed for prosecuting women in this way, when a wife was jailed for accusing her rapist husband and then withdrawing the allegation. They called it a "false retraction". The director of public prosecutions responded by introducing guidelines for prosecutors, but at Women Against Rape we still get calls from victims who are suicidal because they are facing prosecution. Some are unwell after years of child rape, others tried to withdraw when they found hostile interrogation too much to bear.
As chair of the bar council, a body that claims to promote "fair access to justice for all", McGowan would do better to concern herself with how many rapists get away with it.