BECAUSE THEY WERE BORN THE “WRONG” SEX… 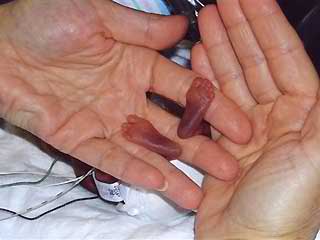 “Murdering girls is still sometimes believed to be a wiser course than raising them," says a mother who poisoned her second female child.
According to Gendercide Watch, the low status accorded to women in most parts of the world is “the most brutal and destructive manifestation of the anti-female bias that pervades patriarchal societies.”
In India, data from 2001 vs 2011 shows Kerala has the highest sex ratio at 1,084 females for every 1000 males but Haryana has the lowest sex ratio among states at 877 females for every 1000 males and Daman & Diu has the lowest among all states and territories at 618 females for every 1000 males.
In China, the ratio of male vs female showed three consecutive falls in more than 30 years at 199.5 males to 100 females in 2009, 117.9 males to 100 females in 2010 and 117.8 males to 100 females in 2011.
I can go on and on about statistics and trends but what do they really amount to? What do they say or imply? It simple. It’s as the Gendercide watch put it – it’s the low status accorded to women in a very patriarchal society. Women are expected to tend to the home, serve food to the family while the man of the house supposedly toils to provide food on the table and education for the children. So the female child is sacrificed because having one is more burdensome for many reasons.
Even in this modern day and age, there is no denying that most societies, even in very developed countries like the United States or United Kingdom, the patriarchal system exists though not to the degree as India or China where female infanticide is in shocking numbers because of the strong preference for male children.
CONTRIBUTING FACTORS
Admittedly this strong preference for male children is a compelling factor that contributes to the problem of female infanticide.  Economic considerations such as dowry payments, the belief that the son has a greater earning potential, and the increased accessibility of ultrasound scans have also contributed to the growing number of sex-selective abortions.  It is estimated that annually half a million girls are victims of female infanticide.
In India, as a family gets wealthier, it is unwilling to part with its wealth when daughters are married off because of the dowry system that prevails despite its prohibition by law. In China, the one-child policy has aggravated the disparity between male and female since the birth of a daughter would mean having to dispense with having a son.
CONSEQUENCES
The continuous trend of decreasing number of females may lead to consequences that can cross boarders if the gap between the male and female ratio continues to widen. It can lead to human trafficking, female slavery and a host of other crimes against women as the need to match the number of males in certain areas can no longer be met locally. Since female children are either aborted or abandoned and never declared, this also creates a social problem as the number of unregistered births grows. They will be unable to claim health or government benefits as they are legally non-existent.
In 2008 alone, India recorded 6.4 million legal abortions. The unrecorded abortions cannot be estimated. But while the law provides for a maximum punishment of three years in prison and a fine of 10,000 rupees, doctors involved in illegal abortions were fined a measly 1,000 rupees.
Is it much worse in China? Though the Chinese government has denied that female infanticide was contributory to the widening gap between male and female ratio, statistics indicate otherwise. Zhejiang's birth gender ratio in 2010 was 118.13 males for every 100 females with 30,000 more boys born than girls every year.  In some places, the gap is even wider at 130 males to 100 females.
If the trend continues, by 2020, Indian and Chinese men will have to find wives outside their regions. This can lead to various complications when other factors like cultural differences, religion, economic and social status come into play.
Katherine Tranter stated in her article that “according to China’s National Population and Family Planning Commission, female trafficking, illegal marriages, and prostitution are rampant in areas that have excess numbers of men. Studies conducted in India and China  also found that crime levels have risen as sex ratios have become more distorted.”
This is further confirmed by Gendercide Watch stating that kidnapping and slave-trading of women have increased. There are regular reports of women being abducted in such places as northern Vietnam to “feed the demand in China." (Jonathan Manthorpe, "China battles slave trading in women: Female infanticide fuels a brisk trade in wives," The Vancouver Sun, January 11, 1999.).
CONCLUSION
Solutions to eliminate the pervasive problem of female infanticide require political will. There has to be a change in the belief that having a female child is the “wrong sex.”  Media and government play a major role in promoting change in the perception of females. Gender equality should be strongly emphasized. Law enforcers should never be tolerant of violations against gender-based crimes and should have strict regulations enforced to protect the rights of each individual regardless of gender. This includes the drive against trafficking of females.
All these solutions are common proposals openly campaigned by many organized groups. But the reality is that the problem has long been in existence and its immediate solution cannot be achieved short-term without political will. What is significant is that with the growing number of concerned civic groups and the presence of technology to provide broader reach, the path to reaching its realization is another step closer.
We should never forget that being female is not being born the “wrong sex.”
It is our equal right to have a life in this world and no one has the right to ever take that away from us.
Sources: