On the 16th of December, 2012, a brutal rape would take place on a Delhi bus that would shock India and the international community. The attack and gruesome death of an anonymous, yet now internationally famous 22 year old woman caused violent uprisings in the nation, provoked a reaction from the Secretary General of the United Nations and sparked protests in Paris, Bangladesh, Nepal, Pakistan and Sri Lanka. The incident led many women to closely examine the roles they played in their own societies, and re-examine a question we often take for granted: how far have we come, as women, in terms of respect and safety in our countries? To answer this question, a survey was sent to 7 different young women living and working in some of the world’s most gender-progressive countries – Canada, the United States, the U.K, Bermuda and Argentina - to examine their views on the status of women in their countries. This is the second in a series of posts discussing their responses. 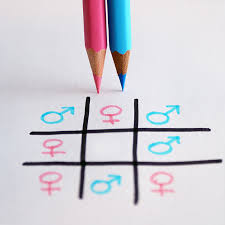 The United States has a reputation for being one of the world’s most progressive countries in terms of gender equality, where a woman’s liberty is becoming as much a cornerstone of the society as freedom of speech. Similarly, the tiny island of Bermuda has not shied away from tapping into the potential of the gentler sex. Aside from having a large and active working female population in positions of power, in the early 2000’s, a black and openly lesbian woman was Prime Minister of the country. Emily Ross is a PhD student at Oxford University from Bermuda, and Vivian Chow is a young American who is currently acting as a research assistant at the Children’s Hospital of Philadelphia. Both are high-achieving young women who have been born into two very female-friendly nations. Yet both paint a similar picture of the struggles inherent in a society that tries to find a balance between traditional womanhood and militant feminism.

Both young women are grappling with a similar pressure on women to somehow ‘do it all’. Emily states, “I do think there is a general social consensus that women can and should be able to ‘rise to the top.’ However, there is also a general condemnation of women who hire nannies and let ‘strangers raise their babies.’ Women are expected to be CEO and head of the PTA. They’re criticised if they choose to be stay-at-home moms, they’re criticised if they focus too much on their careers. Men don’t have that pressure.” Similarly, Vivian states, “My own parents acknowledge and encourage my desire to have a fulfilling career and to be financially independent, but they also constantly mention that I need to find an outstanding guy, forge a happy healthy marriage, and eventually have good family. In many ways, I think women today have more to tackle. More duties and responsibilities to juggle.  It seems society advocates the ability to stand alone and be independent and have careers, but still expects the same level and quality of motherhood.  As someone whose medical career path will be a very long and hard road, I know I feel that partly societal and partly self-imposed pressure.” This is just one manifestation of a problem that is often discussed: one of Princeton’s leading female figures, Anne-Marie Slaughter, published a controversial article in the Atlantic entitled ‘Why Women Still Can’t Have It All’. In it, she discusses the toll the new expectations set for women have on them; she argues that the older expectations of women haven’t faded, they’ve just been added to. This leaves women in the uncomfortable position of feeling like they must be successful in all facets of their life, a herculean task.

The other side of the coin is that while the idea that women can somehow be everything is, in its own ways, stressful, it is also heartening. It seems it is a problem both girls feel weighing on them, but that they feel they are lucky to have. Vivian says of the States:

“The US is more progressive in terms of defining the role of the modern woman, and
I agree that a young woman should have the opportunity to be financially able to support herself, and to build a career for herself in addition to the traditional option of becoming a mother and loving wife. Although the world is changing their definition of what a woman should and should not do, this creation of a new role for women as strong and independent, still lags in many parts of the developing world.  I feel in some parts of rural China for example a woman still belongs as though property to her husband. She has no say in matters of the house or running the farm and does not speak til spoken too.  This may be a generalization but I can see similar situations happening in other rural areas or areas where tradition is a pillar of everyday life and beliefs.  I see this in the former Taliban rule of Afghanistan where girls were denied the same education as boys.  I see this in Somalia where there are some cultural attitudes that men are not considered ‘men’ until they have raped a woman.  I see this in those raped victims who sometime feel that it is their lot in life, almost their duty to merely bear this. “

While different societies are struggling to adequately address the issue of gender equality, and the shifts in power and responsibility that come with that, the United States and Bermuda serve as two exemplary cases where the problem is not that women aren’t allowed to be too little; it is that they are expected to be too much. It is the author’s opinion that if two nations can reach a point where its young women are equally enthralled and exhausted by the number of possibilities available to them, it is shameful to accept less in the rest of the world.