How states are playing politics with women's bodies

(CNN)I operate the only abortion clinic in Wichita. For many of our patients, we are their last hope.
A woman showed up on our doorstep recently in wrinkled clothes that she had been wearing for days. She told us she had traveled across three states, spending $100 on gas alone, before finally reaching her destination.
After she was unable to get the care she needed at the clinic closest to her, she left her small town in the Texas panhandle and went to Oklahoma, where she was told that her pregnancy was too far along to receive an abortion there. So she came to us.
Opinion: It's a child, not a choice
Unfortunately for our patient, and millions of women like her, anti-choice extremists in states across the country have instituted politically motivated and medically unnecessary red tape to limit their access to basic -- and potentially lifesaving -- health care.
The reality that these extremists fail to acknowledge is that abortion is one of the safest -- and most common -- medical procedures. In fact, colonoscopies are far more dangerous than abortions. 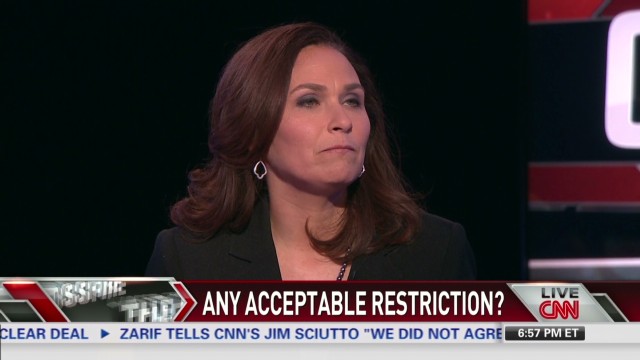 NARAL Pres.: abortion restrictions up to states 02:04
PLAY VIDEO
When I hear about new proposals to further restrict access to safe and legal abortions, I see in my mind the faces of patients like ours. These women are forced to leave their children and jobs behind for days while they seek out a safe and legal medical procedure.
In Kansas, the law mandates that women receive biased information that is designed to persuade them not to have an abortion. Among other things, patients are required to read a statement telling them they are about to "terminate the life of a whole, separate, unique, living human being." Then they are required to wait 24 hours before their abortion. For our patient, her three-day journey turned into four.
In 2014, many states made the process even more challenging for women seeking abortions. Mississippi joined a growing list of states that ban abortions after 20 weeks, well before fetal viability. Both Alabama and Missouri expanded their state's waiting periods. And in Texas, medically unnecessary legislation forced the closure of abortion clinics across the state. 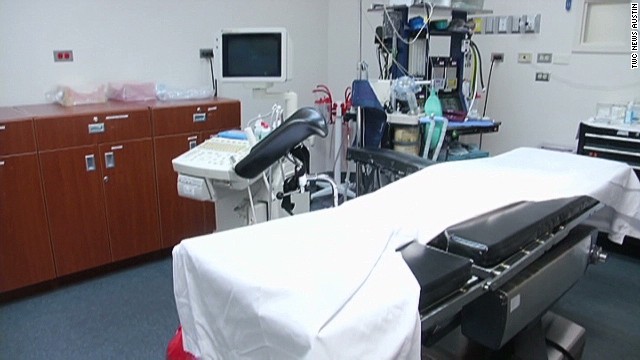 Judge deals blow to abortion law01:26
PLAY VIDEO
Judicial hearings that began earlier this month will decide whether a component of the Texas law that requires all abortion clinics in the state -- even those that perform nonsurgical abortions and have excellent safety records -- to meet the costly standards of ambulatory surgery centers is constitutional. Cases like this one are poised to have far-reaching impact on the ability of women to access safe and legal abortion care.
Unfortunately, it's already clear that 2015 is going to be another year of long legislative battles for pro-choice advocates. Before the year even began, a lawmaker in Missouri proposed legislation that would require women to receive legal consent from the man who impregnated them before getting an abortion. When asked if the legislation would make allowances for victims of rape and incest, the bill's author insisted that there would be an exception for victims of "legitimate rape." Echoing Todd Akin's infamous words makes it clear that this bill intends to further strip away women's rights in Missouri. 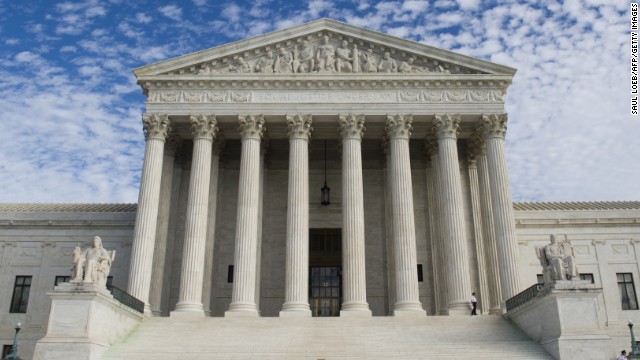 Court rejects Arizona's abortion appeal 01:57
PLAY VIDEO
While lawmakers across the country appear poised to continue this trend, what makes me hopeful is that champions of reproductive justice have taken notice and forced decision makers to protect the rights of women.
Last month, Virginia's governor took steps to roll backpolitically motivated, unpopular abortion regulations that his predecessor initiated. In Mississippi, a judge blockedmedically unnecessary legislation that would have forced the state's last remaining abortion clinic to close. And in Colorado and North Dakota, voters soundly rejected personhood measures that would have given fetuses more rights than the women carrying them.
All these victories have one thing in common: Someone stood up and said "enough."Enough playing politics with women's bodies. Enough pretending that politicians in state capitals are doctors. Enough telling women when and how to have children. Enough letting where a woman lives dictate her access to abortion services.
The fight is not over for women who simply want the right to make their own medical decisions. This year, and as we mark the 42nd anniversary of the passage of Roe vs. Wade, I implore you to be one of the voices that says "enough.'"