Rape suspects 'should not be named'


Source
Anti-rape campaigners have dismissed proposals for alleged rapists to be granted anonymity to avoid lasting stigma if they are cleared. 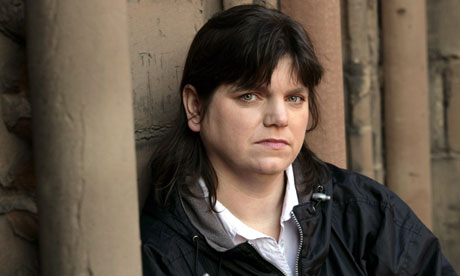 Jill Saward, who was raped in 1986 – when suspected rapists had anonymity – hit back at calls by leading criminal barrister Maura McGowan for the law to again prohibit the naming of suspects. She said the suggestion by McGowan, the chair of the Bar Council, which represents 15,000 barristers in England and Wales – risked reducing the chance of serial rapists being convicted and could place women in danger if they did not know a man had been accused of rape.
McGowan said the time was right for ministers to consider a law change because of the stigma attached to rape accusations that could damage lives even in cases where charges are not brought or a suspect is acquitted.
"Not all of these [rape] accusations are true and the damage that can be done to somebody's life, a teacher, doctor or priest, can be overwhelming if it turns out at the end of the case that the allegation isn't true," she said. "These cases are peculiar unto themselves because the stigma quite often can do so much damage.
"A victim or a witness in an assault or a robbery will not be given anonymity no matter how horrible the case is, but in a sexual allegation they will. We have made special rules in these cases."
McGowan's stance was backed by Terry Harrison, who was falsely accused of rape five years ago.
"Innocent until proven guilty is a load of rubbish," he said. "I was guilty until I was proven innocent and even when I was proven innocent, I'm still getting judged. I ended up going to jail for something I didn't do. I was in the paedophile wing, the rapists' wing, the grass wing. I was there for three months before the DNA results finally came back negative. But the stigma is always there."
The call for a rethink follows a series of recent high-profile cases where men have been named as rape suspects before charge or trial. There was widespread publicity last week when Manchester-based violin teacher Wen Zhou Li was accused of rape and in December when TV presenter Stuart Hall was arrested on suspicion of rape by detectives involved in Operation Yewtree dealing with the alleged crimes of Jimmy Savile and others.
In May 2010 the coalition government agreed to reintroduce anonymity for rape suspects, after it was removed in 1988. Following widespread pressure, the government dropped the idea five months later, citing "insufficient reliable empirical evidence".
Saward, who was the victim of the high profile Ealing Vicarage rape in 1986 in which her father and boyfriend also received fractured skulls in a daytime burglary, said anonymity for suspects had a terrible effect on victims. "I wasn't allowed to know anything about the men," she said. "It was horrible because there was a sense they weren't real people. It felt like I was dealing with ghosts."
Saward, a campaigner for rape victims, has supported men who have been wrongfully accused of rape, including one friend who was shunned as a result of a whispering campaign about an alleged rape and continued to suffer from mental illness from the strain 20 year later.
"But the key reason the system should remain in place is that we know that rapists rarely have one victim," she said. "Many people feel their case is too weak on its own and if the name of the suspect is made public it brings out other victims. It also enables people to judge for themselves whether to trust someone or not and put themselves in danger."
She cited the case of the so-called black cab rapist, John Worboys, and said that if he had been granted anonymity as a suspect other victims may not have come forward to reveal the true extent of his crime.
Holly Dustin, director of the End Violence Against Women coalition, said McGowan's idea was driven by the myth that there were a large number of false allegations in rape cases and it would be "detrimental to our justice system".
It would be unfair, added the shadow home secretary, Yvette Cooper, "to single out rape defendants to remain anonymous and would send a message to juries and to victims that uniquely in rape cases the victim should not be believed".