Young Women for Change: A chat with Anita Haidary


Anita Haidary is an International Student studying at Mount Holyoke College in Massachusetts. She’s a current junior, majoring in Film Studies and hoping to complete a minor in International relations or Women in Politics 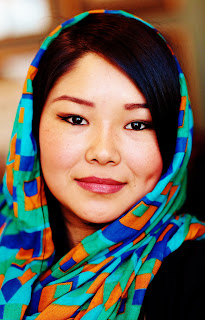 How did you begin the project YWC?
After first semester of my first year (winter 2011) I met a Lady who suggested we meet an Afghan girl. We met this afghan girl over dinner and we talked about women issues.
The idea behind this project was not to set up an organization but to start a movement where women can talk together, sit together and find the issues themselves.
Why we thought it was important to do this was because back home, a lot of organizations get a lot of funding to do stuff on women’s right…During this process, there’s something lost-“women involvement”. Even as an Afghan women myself, living here in the US, when I go back home, I realize that things have changed over time…it takes me time to see that gap and for a foreigner to see the gap is quite hard. We thought it would be easier and much more effective if women could come together to talk about their issues and proffer solutions themselves.
We introduced the movement through Facebook and invited our friends. In our first meeting 70 women showed up.

How did you feel when you started the first walk?
I was scared, scared for my sister and friend who were there. But, when we started walking, it was so powerful; we had these posters in Dari stating why harassment is wrong.  We had support from the police. While walking, that’s when I felt the most powerful. I felt that  “I own the city where I live”…. I was part of the city; it’s my own city.

How do you go about creating a safe environment for women to discuss these issues?
Take for instance the Internet. Internet services are really expensive back home. When you enter a café, and you’re a woman, everybody looks at you, with expressions saying: “what are you doing here?”, “you’re a woman, and you’re not supposed to be here”. Once you’re sitting and typing your work everyone’s looking at your screen. It’s frustrating. Also you get pressure from the family because you’re going into an area where there are only men. Culturally it wasn’t good for women to use the Internet. Women do no stay after school. So we opened an Internet campaign on our last year anniversary. We used the Internet café ‘s space for sister sessions/lectures.

So we started a lecture series, which was free for everyone. We know people who have expertise in certain areas and we invite them to give talks. We also introduced debate because it wasn’t a prominent in the society. Sister sessions were made so women could bond together and realize that they’re not in their situations alone.

With the current rape issues going on around the world, what do you think we can do to address this situation?

One of the things I think is important to be imbedded in our lives Is to teach women not to protect themselves but its time to teach men as well not to rape women. For instance, my mother always says, “wear long clothes…to protect yourselves from rapes”. We kind of learn when we’re very young that you’re going to be raped. Now, it’s in your hand to save yourself. It’s a horrible situation. In countries like Afghanistan, even when women are raped, the blame goes to her. And you hear words like “maybe you gave him a hint”. Who gives a hint to anyone to rape them? Who wants to go through that process? Maybe there is another side to the story. Teaching women to protect themselves and teaching men not rape is important too.

What are your plans for the future?
I’m thinking of going to graduate school. My long-term plans are to work for YWC, also my I hope to use my films to bring out the light that is not well publicized.

Email ThisBlogThis!Share to TwitterShare to FacebookShare to Pinterest
Labels: Women and girls in society, Zaidat Ibrahim