Another Question of Class


I was recently involved in one of those discussions where I know that though I’m arguing with someone about my deepest beliefs, it seems quite obvious to me that I would not succeed in shifting  opinions no matter how much I talked or how much more lucid my argument. These have happened a lot more since I’ve been in Nigeria and it’s gotten to a point where I get into these debates more to remind myself of what I believe than to change opinions. In this case, a man’s response to the death of a young wife and mother of two girls was not ‘so sad, a life cut short so early, children without their mother’, it was, ‘the poor father will definitely have to marry again to get a boy and that boy will have the right to inherit all and dictate the lives of his step-sisters even if he is years younger than the girls ‘. What followed after I saw red and responded by informing him that he is living in the past, (which, I admit, is not true at all for the vast majority of families in our country but I so needed to squash the smugness out of the man even if it meant temporarily lying to myself) was a lecture on customs and how they are apparently supposed to remain the same forever and how misguided I am with my status as an ‘educated girl’ as proof. Anything I said about a few customs becoming obsolete with inevitable development and that even those traditions he is trying so hard to keep from adapting were probably very different centuries ago went clear over his head, he probably did not even listen while being intent on interrupting my ‘woman talk’ after every other word. Finally, he decided he had had enough and turned to leave the room but not before he raised an arm with his fist clenched,  a self-satisfied grin plastered on his face and repeatedly crowed, ‘no matter what happens, man is power’. 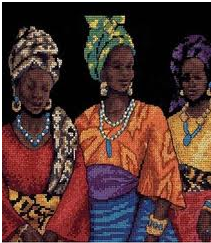 Without maintaining a determinedly positive attitude about the potential for change, the impression one is left with living day to day and interacting with the majority of men (and sometimes even more so women, like the married one who recently let me know that I would have no choice but to start obsessing about fashion as soon as I get married because it will undoubtedly be my husband’s wish and I’ll be his property) in Nigeria is that women are second class citizens. This is especially depressing to me because one of the main reasons I returned to
Nigeria women, where do we stand?
Nigeria was because I was starting to feel somewhat out of place living in a foreign country and now it seems that I need to make a comparison; do I feel more of a second class citizen as a Nigerian woman in Nigeria or more of a second class citizen as an alien in another country. I find that heartbreaking.
Even though a number of prominent ministers may be women and it seems women are becoming increasing powerful in the public spheres of business and politics, the private sphere of family has remained virtually unchanged. A woman raised by a single mother or a widow plans to get married and wants to follows tradition with the ‘knocking on the door’ ceremony and paying of bride price (something I still believe is a symbol of the husband’s acquisition of his bride but I’m trying to pick my battles these days) but finds that her mother who has slaved to bring her up and give her a good life cannot represent her interests to the in-laws but has to find a male relative, no matter how distantly related and uninvolved in the life of her daughter, to take her rightful place. In a society where age commands respect, the only exception is when the first son is younger than the first daughter, then it becomes perfectly alright for a 16 year old boy to be called the head and representative of a family and even talk down to his sister who is 20 years older and much more experienced in the ways of the world. How many women today leave their homes to work 9 to 5 jobs right along with their husbands and then come back to cook and clean while he sprawls in front of the television with the day’s newspaper or goes out with ‘the boys’?How does this continue to go on in most homes without question even though the injustice is glaring, at least to me?
These are just some of the thoughts that constantly bother me these days, on the surface it does not seem asdamaging as other problems faced by women which may be due to tradition such as female genital mutilation or may have little to do with tradition and are perhaps even intensified by an increasingly fast-paced society such as domestic violence and rape.But doesn’t an underlying structure in society that suggests that women are inferior lead to the lack of respect that puts us in danger? I heard this someplace and I think it really hits the nail on the head, ‘Tradition is a guide not a jailer’; so tradition should make life better for everyone, not oppress or lead to oppression.

By Muna Anazodo
Posted by Unknown at 08:00

Email ThisBlogThis!Share to TwitterShare to FacebookShare to Pinterest
Labels: Muna Anazodo, Women and girls in society