Women Disenfranchised disempowering in the realm of politics

Voter turnout is generally regarded as a barometer of political participation.  High turnout rates usually indicate popular interest and public confidence in the electoral system.  The 2008 polls were the second successive elections in Pakistan that saw an increase in voter turnouts – up to 45 per cent compared with 42 per cent in 2002. The recent national and international poll conducted in the country depicts dismal picture of low turnout ratio of women voter in the country.  It is very disappointing that the country’s half population comprises of women is disenfranchised on social, cultural, religious and political grounds. The observations of Election Commission Pakistan bear testimony to the fact that women voter turnout ratio in most of the countries specially Sindh and Baluchistan remained below par. Although the constitution of Pakistan guarantees to ensure women empowerment in the society, but Pakistan – a patriarchal society finds it difficult in implementing such constitutional provisions.

It is startling to mention here that mainstreamed political parties covertly concluded Agreement with Religious Parties to restrict women to caste vote in 2008 general election thus keeping chunk of woman of Northern Areas away from vote power. Moreover, during recent By-election 2012 held in Mianwali, Punjab, political parties also restricted women to cast their votes. According to sources, some Leaders held a Jirga for banning women votes cast and decided that women would not be allowed to cast their votes in Mianwali constituency. 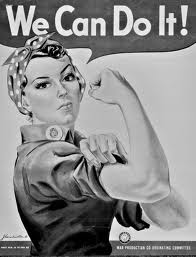 The story of women suffrage is different in subcontinent and quite disturbing as well. Although the right of ‘women suffrage’ was given in 20th century across the Europe but  unfortunately   in subcontinent reserved seats were introduced  for women under Indian Act 1935.

The case with developing countries including Pakistan is different. In Pakistan, female are not allowed to vote in various constituencies. Pakistan currently has 38.8 million registered male voters compare to 32. 2 million female registered voters. Female voters face severe hurdles in casting their votes and getting themselves to the highest echelons of the power corridor.

Various reasons are assigned to disempowering women politically.  Deriving g the benefit of militancy in some disturbed part of the country many political pundits issue decree that women would be barred from the vote casting due to militancy. Whereas, the female voting turns-out in Pakistan has less to do with the war on terror and militancy. The issue of female voting turn-out has a cultural phenomenon and a question of honor in the areas where according to people bringing out women for voting would bring bad names to their honor.
Unless women is not empowered completely she cannot take bold steps.  In preference to facilitating direct participation of women by allotting the party tickets, the Pakistan has opted for reserve seats for women in both the upper houses and lower houses only to facilitate the selection of women belonging to powerful political and landlord backgrounds. In this way women parliamentarian are powerless. They even can’t bring any legislation in the favor of women unless she is given consent by male Chauvinists party leader.  Women protection Bill, Domestic violence bill and acid hurling bills are cases in point which were drafted by women parliamentarians but unfortunately all the bills have fallen prey to male dominant leadership.

It’s a high time that ECP takes up the issue seriously. In order to empower half of the population politically and socially. General election is approaching  in  2013 is approaching  but  NADRA ( authority to issue  Identity Cards ) has failed to identify pockets  where women have no Identification  card  to cast their vote . This seems conspiracy to keep marginalized segment of the country disenfranchised .The ECP must devise stringent   policies to ensure maximum participation of women in the realm of politics. It should ask political parties to allot tickets to its female workers in a certain proportion. The political parties not issuing tickets must be penalized. Moreover, the clergies and tribal elders opposing women voting must be trailed under constitutions. Election commission of Pakistan (ECP) recommended suggestion to parliamentarians that if any constituency having less than 10% of women voting turn out should have its result postponed and provisions of re-elections in all such all constituencies must be made.

All political parties must muster their resources and identify pockets where women turnout ratio is less than 10% and set up camps in their constituencies. Pakistan can’t afford to continue the half population captive to the tribal lords and male chauvinists. Political awareness and political education in conjunction with civil-society organization should have a priority among the various objectives ECP has designed. National Assembly has passed various important bills during past few years including Anti-harassment laws, but has ignored the basic right of voting for female population. Until such timely decisions are not made, Pakistan’s half population will face the suppression in the hands of its male law-makers and would be denied of their basic rights.

By Ashfak Siyal
Posted by Unknown at 08:00