Understanding Fibromyalgia, Its effects on patients and their family members

Fibromyalgia is one of the commonest musculoskeletal syndromes in the world. It affects over 3 million people in United States alone, which is definitely upsetting since to date the ailment has no cure. Patients are left frustrated and depressed because most of the patients aren’t diagnosed for years after the symptoms start. Diagnosis can take on average five years with 60 percent of fibromyalgia patients diagnosed in their 30s and 40s, another 35 percent diagnosed in their 20s or between the ages of 50-65. 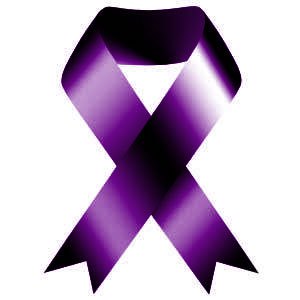 With fibromyalgia syndrome, the patient experiences chronic muscle pain or spasm, moderate or severe fatigue and decreased energy, insomnia or waking up feeling just as tired as when they went to sleep, stiffness upon waking or after staying in one position for too long, difficulty remembering, concentrating, and performing simple mental tasks (“Fibro fog”), irritable bowel syndrome, tension or migraine headaches, jaw and facial tenderness, sensitivity to odors, noise, bright lights,  certain foods, and cold, feeling anxious or depressed, tingling in the face, arms, hands, legs, or feet, increase in urinary urgency or frequency, reduced tolerance for exercise or feeling of swelling (without actual swelling) in the hands and feet
These symptoms may intensify depending on the time (morning, late afternoon, and evening tend to be the worst times). Symptoms may also get worse with tension, inactivity, changes in the weather, cold or drafty conditions, overexertion, hormonal fluctuations , stress, depression, or other emotional factors.
Fibromyalgia can be very distressing for the women and can affect their lives in many ways. The disease occurs seven times more often in women than in men and some 80-90 percent of fibromyalgia sufferers are women. These women feel misconceived because people around them think they are a hypochondriacs or attention seekers or just acting to get rid of responsibilities.
It took 17 years for one lady in Pakistan to get diagnosed with Fibromyalgia. She was suffering from fibromyalgia since birth of her second child and had multiple visits every year to her family practitioner in the hope that she will get some cure but every visit to the doctor made her more worried and frustrated. She spent her prime years worrying and suffering just because Fibromyalgia is not yet recognized by most GPs. She took multiple pain killers during this time to get rid of the pain which only gave her stomach ulcers and GERD. After suffering for 17 years she went into major depression and had to be admitted to the hospital for acute depression which led her to being referred to a psychiatrist who finally diagnosed her with Fibromyalgia.
Fibromyalgia doesn’t only affect the patients life it also affects the people around them. It affects their families, their lifestyle and their careers.
A girl from Nigeria told us that she has a strained relationship with her mother because every time she called her mother all she did was complain about her pain and fatigue. According to the girl it annoyed her that her mother always complained of symptoms  that the doctor always brushed off as nothing significant . She thought that her mother was just making up stories to avoid responsibilities and hence she never emotionally supported her. When the girl found out about fibromyalgia she felt extremely guilty and took her mother to the right doctor for treatment.
Just like these women there are millions of other women out there who are misunderstood and dejected. We all know few women who have complained of these symptoms on and off. We might even know some lucky ones who got diagnosed but there are still millions of them who have no idea that they actually suffer from fibromyalgia which is a real disease and these symptoms are not just in their head. We can help these ladies by spreading the word about fibromyalgia, educating people about fibromyalgia or by simply telling them that we believe them and by emotionally supporting them.

Email ThisBlogThis!Share to TwitterShare to FacebookShare to Pinterest
Labels: Fibromyalgia