Statelessness is a legal concept describing the lack of any nationality, of any recognized link between an individual and any state able to dispossess someone from the enjoyment of the full array of human rights and from the full participation in society.
Worldwide it is estimated by the United Nations High Commissioner for Refugees there are over 12 million people worldwide in the invisibility of statelessness, in the search for citizenship and identity. In this limbo, half of the 12 million is of children.
In the case of women and their children, the lack of nationality means no legal status in place to effectively protect them from sexual violence or any other sort of abuses and bias. 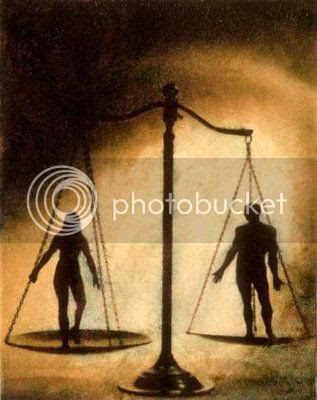 In this zone of vulnerability, the denial of nationality leaves deep and pervasive roots. It impedes the construction of a cultural identity and it drastically impacts on a range of human rights such as access to education, to health and to official jobs, just to name a few. Further, It also prevents any engagement in society and in social and political activities such as getting married, voting, acquiring property.
However, it is relevant to ask does gender inequality fuel statelessness? Indeed, it does. One possible cause was made noticed by UNHCR in the occasion of the International Women’s Day.
On March 08, 2012, UNHCR Geneva issued a warning on the fact that unequal treatment of women in domestic legal orders may contribute to the number of stateless people. In given press release, it was stressed that in most continents there are domestic nationality laws based on gender discrimination. At least 25 countries have in the domestic legal order, provisions preventing women from passing on their nationality to their children.  According to UNHCR, most countries out of those 25 are based in Middle East and North of Africa (12), in the Sub-Saharan Africa (09), in Asia (4) and in South America (02).
Grounded on this form of discrimination, children are brought into this world from day one as stateless and, hence, as vulnerable and invisible human beings. It strikes most because such situations take place despite the existence of core international instruments on Statelessness (the 1954 Convention on the Status of Stateless Persons and the 1961 Convention on the Reductions of Statelessness) on women (the 1979 Convention on the Elimination of All Forms of Discrimination against Women) and on children’s rights (the 1989 Convention on the Rights of the Child).
Conscious of the importance of State participation in the improvement of statelessness issues, UNHCR has launched an awareness campaign to the protection, prevention and reduction of statelessness.
Though significant improvements require collective efforts, one initial step for the prevention of statelessness may be of legislative nature at domestic level calling States to revise their domestic laws, in particular those nationality-related, in order to embrace gender equity (equal right to men and women) alike recently have done Sri Lanka, Egypt, Iraq, Indonesia, Morocco, Bangladesh, Zimbabwe, Kenya, Tunisia and Monaco.