It’s Time to Say NO to Violence Against Women, Everywhere 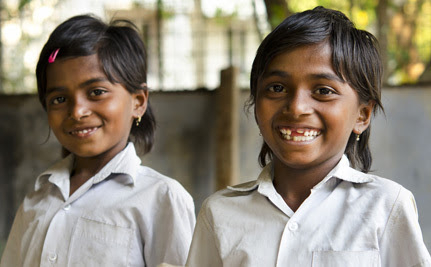 It’s time.
From 4 March to 15 March, governments, activists, media and private sector representatives are convening at the United Nations for the 57th session of the Commission on the Status of Women (#CSW57). Held annually, the Commission discusses issues and strategies to advance gender equality. This year, it will focus on two key questions: how can we prevent violence against women and girls worldwide; and how to ensure better and adequate services for survivors.
Up to 7 in 10 women and girls worldwide will be beaten, raped, abused, or mutilated in their lifetime. They will experience violence in their homes, schools, work place, streets and their most intimate relationships. “Seven in ten” is not a mere statistic. They are our friends, colleagues, neighbors, parents and partners, children and siblings. They are among the 11,800 women and girls kidnapped every year in Kyrgyzstan, and the millions who wish every day that walking on the streets or taking public transportation didn’t result in sexual harassment. They are women like Catherine Smith in Australia, for whom it took 30 years to get justice and Mayerlis Angarita, survivor of armed conflict in Colombia. They include 12 year old Izzo in Pakistan who was married off to compensate for a crime committed by her family, and Doris John from Papua New Guinea, who left her abusive husband, only to face violence in her work place. These are stories of violation, survival and inspiration to do more, to end violence against women and girls.
It’s time to protect and support every Catherine, Mayerlis, Izzo and Doris in the world. With stronger laws and policies, adequate budget to resource these plans, better services for survivors, and prevention programmes that reach girls and boys, men and women, we can end violence against women and girls. It’s time to say NO.
There’s a momentum for change like never before. People have risen around the world to say NO. Governments have risen to announce specific measures that they are taking in their countries under UN Women’s COMMIT to End Violence against Women. From better laws and justice systems, more shelters and services, gender responsive budgets, educational programmes and awareness campaigns, commitments are coming from all regions. Has your government committed?
Much has been accomplished, but so much more needs to be done. Each of us has a role to play to end this pandemic. If you are mobilizing your community, working on a campaign, or just looking for ideas about how to help, visit UN Women’s global platform for advocacy and action, and join our Thunderclap before 4 March to tweet with us in one voice. All tweets will be released together on 4 March to flood Twitter with one unifying message to end violence against women and girls.
So what do you say: How will you say NO?