MURDER OF A JOURNALIST IN BOLIVIA SHOCKS POPULATION 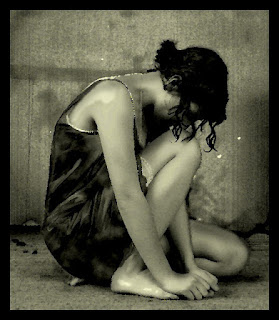 The murder of the journalist Hanalí Huaycho Hannover, that has been perpetrated by her husband, on february 12th in the city of El Alto (La Paz), has scandalized the Bolivian population, causing Government, law enforcement and media system to initiate a task to catch the murderer, who is now a fugitive.
According to preliminary investigations, the journalist, employee of an important news channel in Bolivia, died of several stab wounds inflicted with a sharp object by her husband, Jorge Clavijo, a Police officer, who fled after committing the crime. Also, their son, Carlos Clavijo, age 5, would have witnessed the murder. Moreover, Hanalí’s mother was assaulted by the murderer, receiving stabs and being cared for in a hospital after the incident.
The journalist murder originated several reactions on female population and on various NGO’s that protect women’s rights, who demanded justice for Hanalí Huaycho and requested the immediate consideration of the bill of an Integral Law against Violence towards Women. This bill is currently on the stage of approval in the Delegate House of the National Legislative Assembly.
According to investigations, the journalist died of bleeding as a consequence of the injuries. Nevertheless, before she passed away, she had to be moved to three hospitals, in which didn’t existed enough space for her to be attended, until she finally arrived to the Hospital Obrero in the city of El Alto, where she entered in the intensive care unit.
Having Hanalí Huaycho been attacked on a holiday (Carnival), most of the hospitals were full of patients who have been entered due to alcohol poisoning, and apparently, her life or death situation wasn’t given the required importance to, and even less regarding the presence of violence that caused the injuries.
This situation shows the reality in Bolivia about the comprehension level on the violence against women issue, it isn’t considered in order of its importance nor its urgency, which is also reflected in the health area.
Hanalí Huaycho’s case is an atrocious feminicide, and the diligence and coordination with which the Police and the Bolivian Government have proceeded, need to be acknowledged, because they have deployed their work to the point that the journalist’s husband has been suspended from the Police Corps, having closed borders and notified 182 countries for his detention by Interpol.
However, a question appears about if the procedures followed by the named institutions on this case shouldn’t have been applied on other (and perhaps more atrocious) feminicide cases.
There is another question mark about if Hanalí Huaycho’s husband wouldn’t have been a member of the Police Force, would the procedures have been equal fast and diligent? Would borders have been closed, or other measures, like notifying other countries for the murderer’s capture, would had been taken?
On the other hand, it is also important to consider that the bill of Integral Law against Violence towards Women, tries to approach every aspect and necessary measures in order to face violence against women. Yet, the Law No. 1.674 against Violence in the Family, enacted in 1995, has been a fighting policy against women’s aggressions, and has been the unique law applied on the subject for the last 17 years.
There have been various gaps in the law’s text, and it has been deficient in its application. Through the years, women organizations and NGO’s have presented several proposals and bills to the government in order to improve the system against violence towards women, but it has ignored those until now.
In spite of that, is it necessary a long time to create a new law that tries to respond to women’s reality facing violence? Is it necessary that more feminicides occur, for the State to take conscience that important changes have to be made in order to fight effectively against violence towards women?
And finally, it must be taken into account that the mere existence of laws that seek to deal with violence against women does not solve the problem. It is necessary that the Government should assume the responsibility to comply with established laws. It is also required that the Government should work primarily in preventive and educational actions, coordinating with social organizations. But above all, it is essential that the population should understand that violence against women will not affect only to them, but to all who surround them, mostly children, and if there is a society that grows and lives with violence, then that society will be violent. Therefore, we need a conscious effort, committed and coordinated, so that the goals of peace and respect for women’s human rights can be achieved.
·         By Rodrigo Soria.